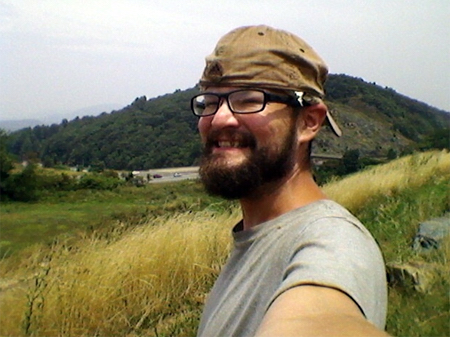 The Appalachian Mountains are quite possibly the oldest in the world. A system of mountains that run from the US in central Alabama all the way to Quebec, Canada, they were born 680 million years ago. And because North America and Africa were once connected, they share part of the same mountain chain as that of the Atlas mountains in Morocco and Algeria.

As you can imagine, these mountains have seen many feet. Many people hiking along their ridge lines, creating and maintaining trails over the many, many years they have been in existence. The Appalachian Trail was first proposed by Benton MacKaye in 1921. By 1937 a footpath connecting Maine and Georgia was completed. In the late 1970’s there was a major push from the Appalachian Trail Conservancy to have the government purchase the stretches of land that the trail occupied. A budget was created and purchasing began. In 2014, the final large piece of land was acquired by the federal government and thus protected as a federal park. 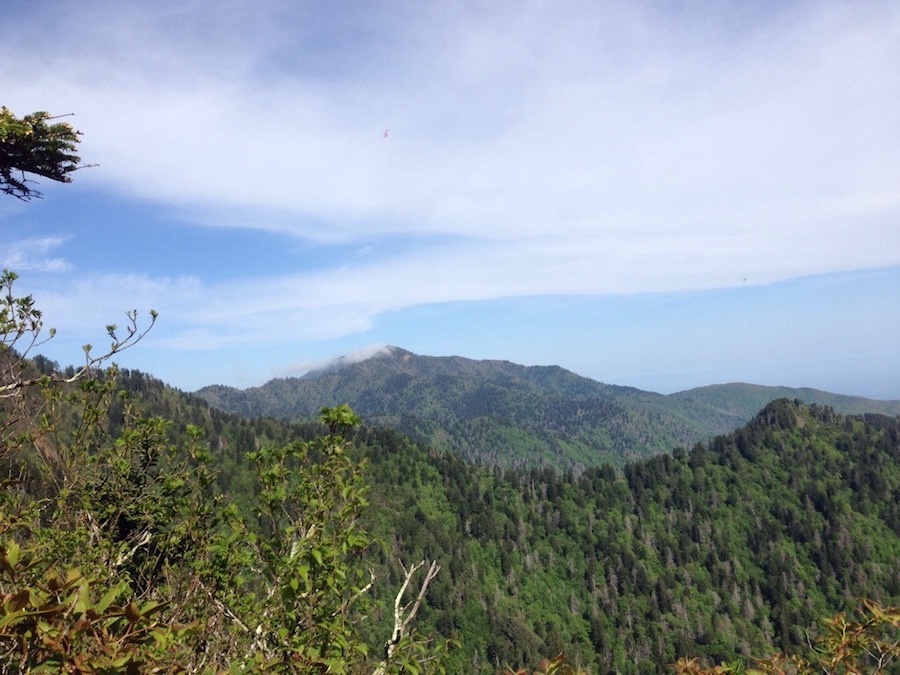 On April 16th, 2014, I signed the log book at the top of Springer Mountain in Georgia. The trek to the top was just under a mile and was fairly steep for my inexperienced hiking legs. I was far too excited to think much of it. In the logbook, I saw hundreds of names before mine. Some who had started the trail in January! Some people signed their real names, still waiting for a trail name to be given to them by their hiking peers. Or the hiking gods. I had already chosen my name and I signed it to the book along side the date and wrote a little comment that I can’t recall to this day.

It was the most excited and scared I’d ever been. This was the first adventure I’d ever began where I had full and absolute control over my survival. Was I prepared? I didn’t know. I thought I was as prepared as I’d ever be until I got out there and found out for sure. I took my first step back down the mountain and began the long journey north. The possibilities of what might lie ahead for me were endless.

This story is about a lone hiker who, like me, had chosen a trail name, and jumped feet first into an adventure on the Appalachian Trail.

In the early morning hours of Friday, August 12th, 2011. A group of hikers set off on a trail known as the Hotel Trail (or the Old Hotel Trail) which intersects with the Appalachian Trail twice about 2 miles apart in Amherst County, in central Virginia. The Hotel Trail is a pretty well known 5.8 mile looping trail that is easily accessible from a nearby road. These hikers came across the partially buried body of a man just off the trail. They contacted authorities immediately. Because the body was found on federal land, the FBI was involved from the beginning.

Four days later, the man was identified as 30-year-old Scott Allen Lilly from South Bend, Indiana. His sister told the media that he was “living out his dreams, hiking the {Appalachian Trail} and visiting Civil War battlefields.” He chose the trail name Stonewall, likely because of his affinity for American Civil War history. He began his hike in Maryland near the Mason/Dixon line at the Maryland/Pennsylvania border on June 15, 2011. He planned to hike south all the way to Georgia. Resupplying using Wal-Mart gift cards that his mother would periodically send him.

Getting mail along the trail is relatively easy. If you estimate where you’ll be in a few days time, you can let people know to send something to you with your name at General Delivery in the postal area code where you’ll be. Some hiker-friendly businesses will also hold mail for you if you include an estimated pickup date.

45 days after he set off, Scott Lilly contacted his family for the last time. He was at or near a mountain known as The Priest, in Nelson County, VA which is over 200 miles south of his starting point. Other hikers saw him there and noted that he seemed to be carrying a considerably heavy pack for a section hiker. (A section hiker meaning - someone who is only hiking a section of the trail - as opposed to a thru-hiker - someone who is hiking the entire trail in one go). That day, July 31st, 2011 there was a heavy thunder storm in the morning and rain until about noon. It is unknown if he set off in the rain or waited until it cleared. But after the rain ended there was a week and half of clear and warm weather. Until the night before his body was found. By my calculations, he averaged just over 5 miles a day.

From The Priest to the location where his body was found, near the Cow Camp Gap Shelter it is 16.8 miles. For some that is a day’s hike. He could have gotten to that area within 1-3 days. Information about his time of death was not released, but some reports indicated that his body had been there for some time.

The medical examiner in Roanoke, VA ruled Scott Lilly’s manner of death a homicide. The cause and mechanism of death were determined to be Asphyxiation by Suffocation. Asphyxia occurs when there is insufficient oxygen. Suffocation specifically means that something was used to cover or block his mouth and nose. When this occurs in a homicide it is most commonly done using a pillow, or duct tape on the mouth and nose, or a plastic bag over the head which typically involves neck compression when the bag is tightened. No information was released regarding possible injuries surrounding the neck of Scott Lilly. I could not determine if this was due to their absence or to protect the integrity of the investigation.

Either way suffocation most commonly is inflicted on someone who is incapacitated in some way. In many cases the victim is drugged or had suffered a blow to the head. It isn’t known how Scott Lilly was incapacitated in this case. My guess is that he was sleeping when he was attacked. If he was zipped into a sleeping bag it wouldn’t be easy for him to get his arms out of the bag to defend himself if he was surprised during a deep sleep. His sleeping bag could have been used to suffocate him as well, depending on the kind he used. He was not a large person, described as 5 foot 8 inches tall and weighing about 170 pounds. But in most cases if he was not incapacitated in some way there would be a violent struggle. Death by suffocation occurs in 3-5 long minutes. During the first 40 seconds of which while he was still conscious he would have fought to survive if he could have. Even after he lost consciousness, his body would have spasmed and twitched in an effort to fight for air for him. The person who killed him would have been determined and strong.

The joint investigation involved the FBI, National Park Service, US Forest Service and the VA State Police. They released a statement in September of 2011 asking to speak to five hikers who may have had contact with Scott Lilly in the days surrounding his death based on the log books at the shelters. They released the trail names of these five hikers, Mr. Coffee, White Wolf, Papa Smurf, Combat Gizmo and Space Cadet in hopes of filling in the gaps of the timeline they were putting together. After this release the hiker message boards lit up with questions and rumors. Mainly about one hiker using the trail name Papa Smurf. This man was identified by name on the message boards and had been previously identified as a trouble maker. He had been arrested before and taken off the trail for disturbing the peace and had been involved in fights in trail towns. Investigators found each of these five hikers and interviewed them. None of them, including Papa Smurf were ever named as persons of interest or suspects. Papa Smurf was reported to have been in a completely different state around the time of Scott Lilly’s death, so among hikers, he was no longer thought to be involved. Among the hiker talk of that time, I found a lot of people warning other hikers to stay away from the shelters to avoid drunk crowds of townies. Most hikers did not believe another hiker would have done something like this.

I tend to agree with them. Most of Scott Lilly’s gear was missing, including his trail shoes (Walmart’s Ozark Trail brand that were low tops and were brown and orange in color), his blue or purple backpack, some clothing, his propane stove, an AT handbook, and a Nintendo game. There was no mention of his sleeping bag or a tent. I could not determine if he was carrying a tent. One can hike the trail without one by hiking directly to and staying in all of the shelters along the way. Most of the shelters in the southern part of the trail are spaced about an average of 10 miles apart.

Another hiker, would be hard pressed to carry their own 20-50 lb pack and someone else’s. A day hiker from a nearby town is a more likely suspect. The Cow Camp Gap Shelter is only half a mile off of the Appalachian Trail and only two and half miles northwest to the nearest road (Wiggins Spring Rd) using the Old Hotel Trail. The nearest town is Buena Vista, VA about 10 miles to the west. Some believe he may have met up with the suspect while he traveled south. But no one saw anyone suspicious and no suspect has ever been named.

In April of 2012, a $10,000 reward was offered for information leading to the arrest and prosecution of Scott Lilly’s killer.

Since 1974, only nine hikers have been killed in six separate incidents on the Appalachian Trail.